Skip to content Skip to navigation Skip to search

The OFCOM report analyses the cost of services for 5 different consumption profiles* and 3 pricing options**. Based on these profiles, OFCOM concludes that France offers the cheapest offers out of 6 benchmarked countries overall. It also provides the cheapest pricing in the “bundled service” and “lowest available” categories. Only in the “stand-alone” pricing comes France second to the UK.

At the other end, the USA rank most expensive in all categories.

French tariffs are particularly attractive when it comes to bundled service; in details, the French bundled offers are the most affordable for 4 out 5 studied consumption profiles and rank second for the “connected family” household profile. France also ranks first in 2 out of 5 in the “lowest available” category and second in the other 3. 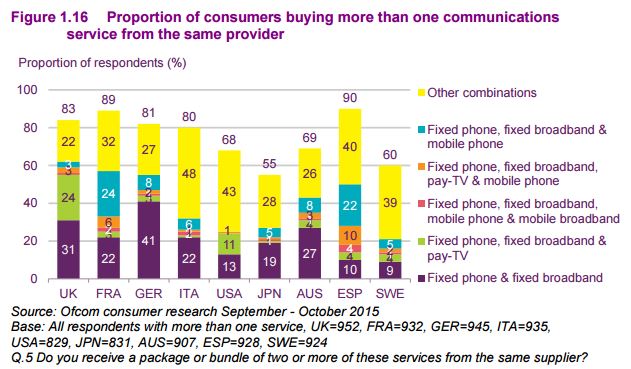 OFCOM data confirm the widening gap between Europe, and France especially, and the rest of the World when it comes to telecom revenues’ evolution trend. Over the 2009-2014 period of time, telecom operators’ revenues: 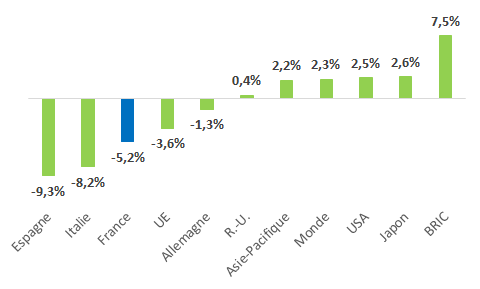 The OFCOM research also stresses that France leads the pack in terms of innovative services based on telecom networks. At end-2014 : 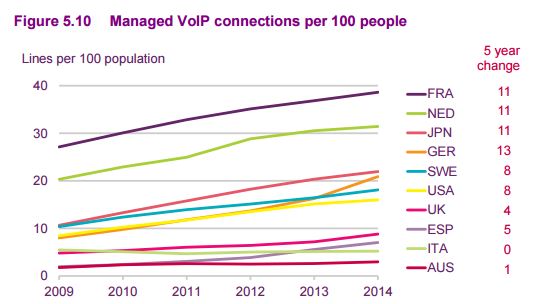